The Center for Innovation, Research and Creativity in the Arts presents sound artist Bonnie Jones.

Mark Cetilia is a sound / media artist working at the nexus of analog and digital technologies. Exploring the possibilities of generative systems in art, design, and sound practice, Cetilia’s work is an exercise in carefully controlled chaos. He is a member of the media art group Redux, recipients of a Creative Capital grant in Emerging Fields, and the electroacoustic ensemble Mem1, described by the Oxford University Press’ Grove Dictionary of American Music as “a complex cybernetic entity” whose “evolving, custom-built systems are as important an aspect of the duo’s achievements as their ever-innovative sound.”

Cetilia holds a Ph.D in Computer Music and Multimedia from Brown University, and an MFA in Digital + Media from the Rhode Island School of Design. His work has been screened / installed at the Institute for Contemporary Art (London), Oboro (Montréal), and O’ (Milan); he has performed widely at venues including Café OTO (London), STEIM (Amsterdam), Los Angeles Contemporary Exhibitions, and Roulette (NYC). His sound works have been published by Interval, Radical Matters, Dragon’s Eye Recordings, and the Estuary Ltd. imprint, which he runs with his partner Laura Cetilia.

Shawn Greenlee is a composer, sound artist, and Associate Professor at the Rhode Island School of Design (RISD). He has performed extensively across the United States and Europe, appearing on several conferences, festivals, and tours. These include New Interfaces for Musical Expression (2018 Blacksburg, 2015 Baton Rouge, 2014 London, 2013 Daejeon), International Computer Music Conference (2018 Daegu, 2011 Huddersfield, 2005 Barcelona), BEAST FEaST (2017 Birmingham), PdCon16 (2016 New York), Cube Fest (2019, 2016 Blacksburg), Re-new (2013 Copenhagen), IN TRANSIT (2008 Berlin), and Elevate (2007 Graz), among others. Greenlee’s solo and group discography spans over fifty releases to date. At RISD, Greenlee is the Programs Head for the Division of Experimental and Foundation Studies. In 2008, he completed his Ph.D. in Computer Music and New Media at Brown University. In 2014, he was awarded the MacColl Johnson Fellowship for music composition by the Rhode Island Foundation.

Jones has been an active improvising musician since 1999, and has released several recordings of collaborative and solo projects including green just as I could see (Erstwhile, 2012), with Andrea Neumann; AS:IS (Olof Bright, 2012), with Christine Abdelnour and Andrea Neumann; Clandestine Cassette Series #2 (Northern Spy, 2011); Arena Ladidros (Another Timbre, 2010), with Chris Cogburn and Bhob Rainey; NINA (Simple Geometry, 2010), with Chris Cogburn and Liz Tonne; Jones Family Farm (Compost and Height, 2008); Vines (emr, 2006); One Day (Erstwhile, 2008), with Toshimaru Nakamura; and English (Copula, 2004), with Joe Foster.

Our collective history is one full of migration, and we all seek refuge. Our collective history is also full of borders created by cultural divisions, politics, war, and fear. These borders categorize and label us when the reality is more complex. This exhibition focusses on artwork that explores these histories of migration and the borders that try to prevent it. It also explores in between spaces, in between identities, and the struggles of finding home.

Sunday 9/22
The night of random! The luck of the draw will determine which musicians I will perform with

Artist Bonnie Jones will present a sound installation and exhibition about bodies in migration, the consequences of borders and boundaries, and the imaginative potential of in-between spaces. The title is a reference to the endangered animals that live in the heavily guarded Korean Demilitarized Zone (DMZ) between North and South Korea. This exhibition is supported by a Rubys Artist Grant from the Robert W. Deutsch Foundation.

In addition, each week the artist will be in attendance at the gallery during Saturday hours, 12 – 4:00pm. Stop by for intimate conversations about the show and learn how to fold paper cranes. The goal will be to fold 1,5000 cranes by the show’s close.

The amazing instrument builder and electronic musician Laetitia Sonami will be in Baltimore for the Peabody Library’s HACKING HARMONY: A MUSIC HACKATHON. I’m honored to share two concerts with her!

About the Event
Avant.org and Ezra Teboul are happy to present an afternoon of discussion and musical/artistic demonstrations focusing on the work of three artists: Anastasia Clarke, Bonnie Jones, and Asha Tamirisa. As a continuation of Avant’s 2016 Circuit Score program, You Do (It) You(rself) asks the following questions: How can electronic circuits and software design act as a canvas for artists to express both personal stories and wider societal concerns? What can we do with technical objects that expresses our wish to care for others and ourselves? What unique perspectives of music and engineering can be developed along the way, and how do we document these?

On their own terms, Clarke, Jones, and Tamirisa each question the power structures that underlay material cultures of electronic music. This event offers an opportunity to learn about and discuss how abstract ideals about gender, technology and access interact with sonic and physical materials in the making of time-based arts. Each artist presents some of the ways in which these ideals, mediated by their personal ideas and experiences, influence technical decisions that affect artistic results.

Event Details
This program is organized and curated by Ezra Teboul with Avant.org. The event is hosted by the School for Poetic Computation. This program is the second in the Avant.org Circuit Scores series. The first, Electronics After David Tudor, was hosted by SFPC in April, 2016. The program features: Anastasia Clarke, Bonnie Jones, and Asha Tamirisa, who will present electronic circuit system design models, and engage in group discussion and musical improvisation. 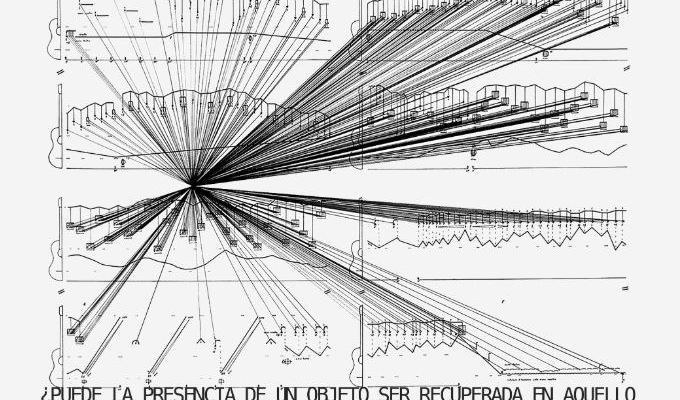 Can the presence of an object be recovered by what decomposes it?
Documents, archive, record and practices around sound

An event in conjunction with the exhibition “Listening with the Eyes, Sound Art in Spain” at Museo Tamayo, Mexico City.

Three of my short text film/website projects will be presented.